Dirt bikes come in many shapes and sizes, and are powered by different types of engines. Two-stroke dirt bikes are popular among riders because they are lightweight and easy to handle. Four-stroke dirt bikes are heavier but offer more power and a smoother ride. So which is the right choice for you? This article, https://dirtbikesforkids.net/ will compare the pros and cons of each type of bike to help you decide.

What does 2 stroke mean?

A two-stroke dirt bike engine runs on a fuel-oil mixture that is ignited by a spark plug. The spark plug ignites the fuel-oil mixture in the combustion chamber, which causes the pistons to move up and down. This creates rotating motion that turns the crankshaft, which drives the bike’s wheels.

What does 4 stroke mean?

A four-stroke dirt bike engine runs on gasoline, which is mixed with air in the carburetor. The air/fuel mixture is then compressed in the cylinders, and when the spark plug ignites it, the resulting explosion pushes the piston down. This motion turns the crankshaft and powers the bike’s wheels.

For those looking to get into dirt biking, two stroke engines offer an affordable option. With less power than four strokes but lighter weight and cheaper cost it may seem like a better choice at first glance – but there’s more than meets the eye! When comparing 125cc 2-Stroke vs 250CC Four Stroke Engines:

Which bike is right for you?

If you are a beginner rider, I would recommend choosing a two-stroke dirt bike. They are lighter and easier to control than four-stroke bikes, and you don’t need as much experience to ride them. If you are an experienced rider, I would recommend choosing a four-stroke dirt bike. They offer more power and a smoother ride than two-strokes, and they are less likely to stall out in difficult terrain. However, they are heavier and require more maintenance than two-stroke bikes. Whichever bike you choose, be sure to practice regularly and wear the appropriate safety gear to stay safe while riding.

So there you have it – a quick rundown of the pros and cons of each type of dirt bike engine. Whether you choose a two-stroke or four-stroke bike, be sure to practice regularly and wear the appropriate safety gear to stay safe while riding. Thanks for reading! 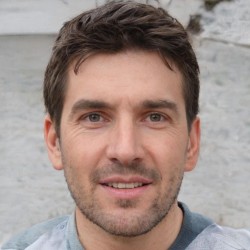 Harvey
I am Harvey – administrator of this website, a motobikes, ATV, Cross Bikes lover and rode motocross as a teenager & into my 19’s.

Latest posts by Harvey (see all)

No comments to show.